Completed the final project for my Masters degree in GIS at RMIT University last year, investigating whether we would get better public transport outcomes if we reconfigured our bus routes into a network of sparser but more direct and frequent services in an intersecting grid. 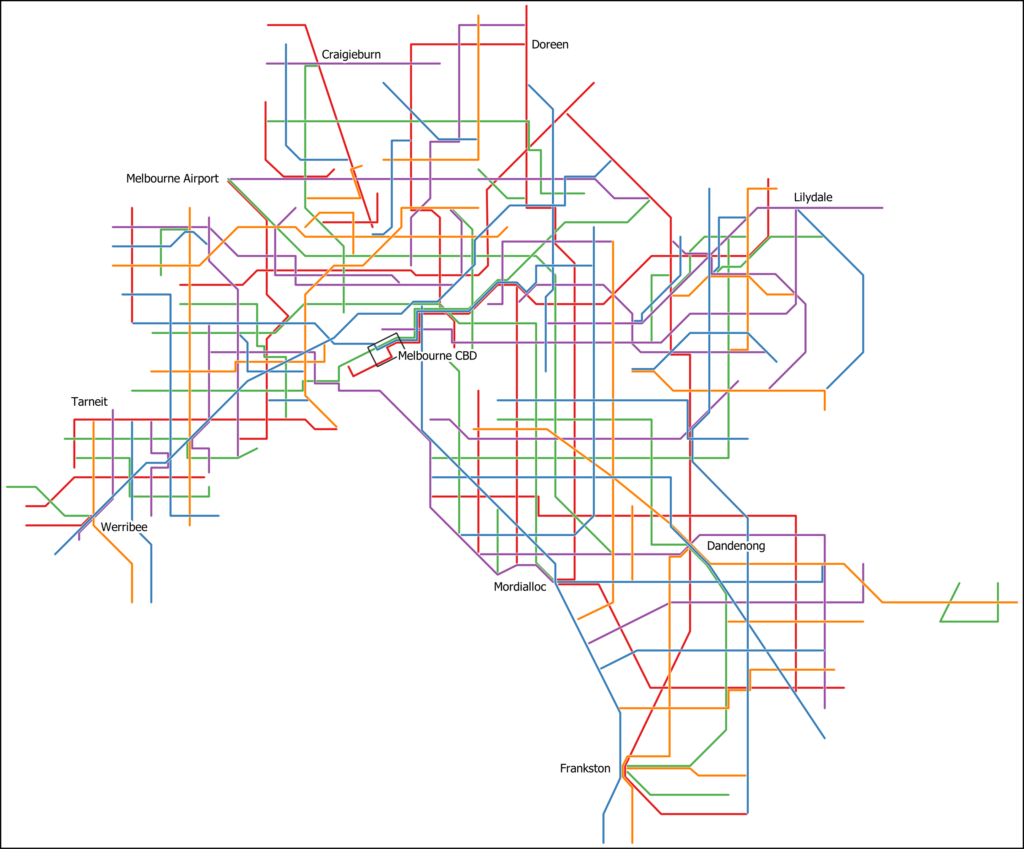 Found that if we moved from this (showing current bus routes for the weekday interpeak period): 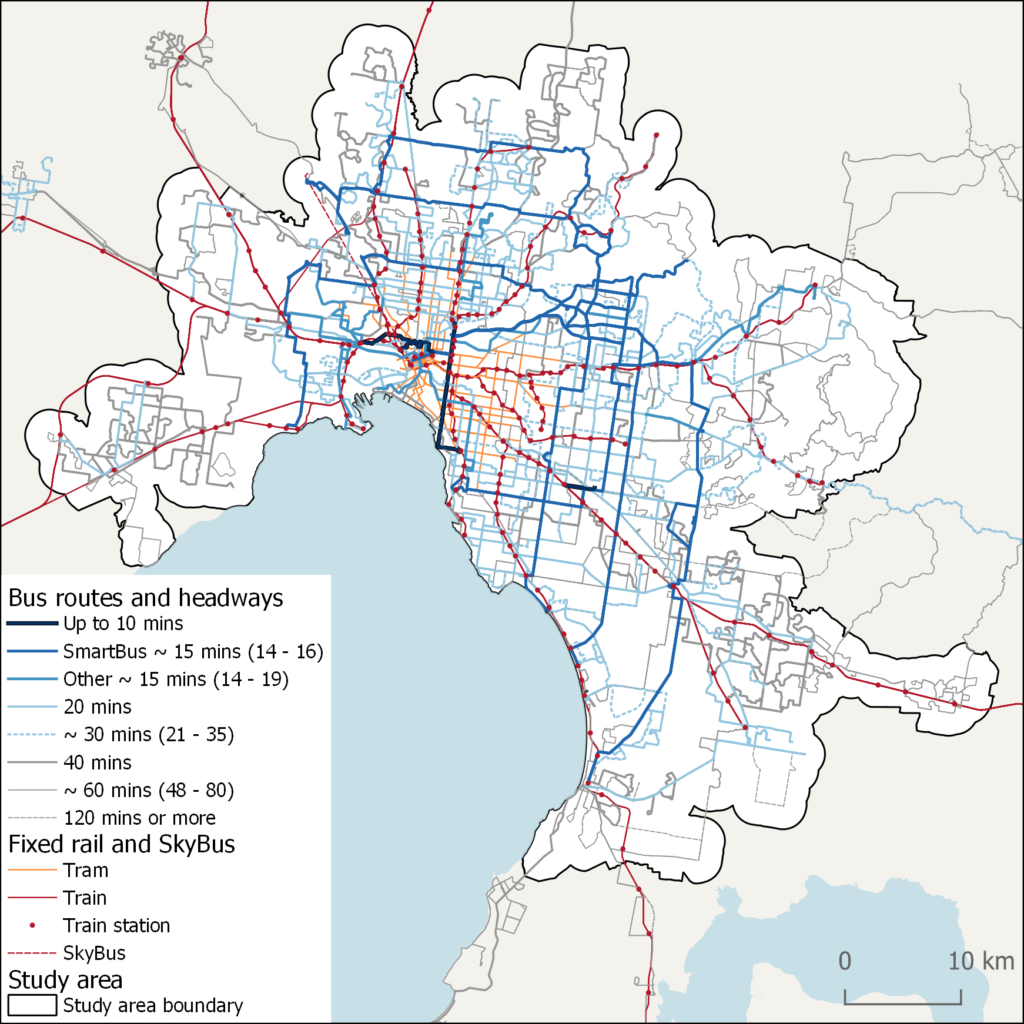 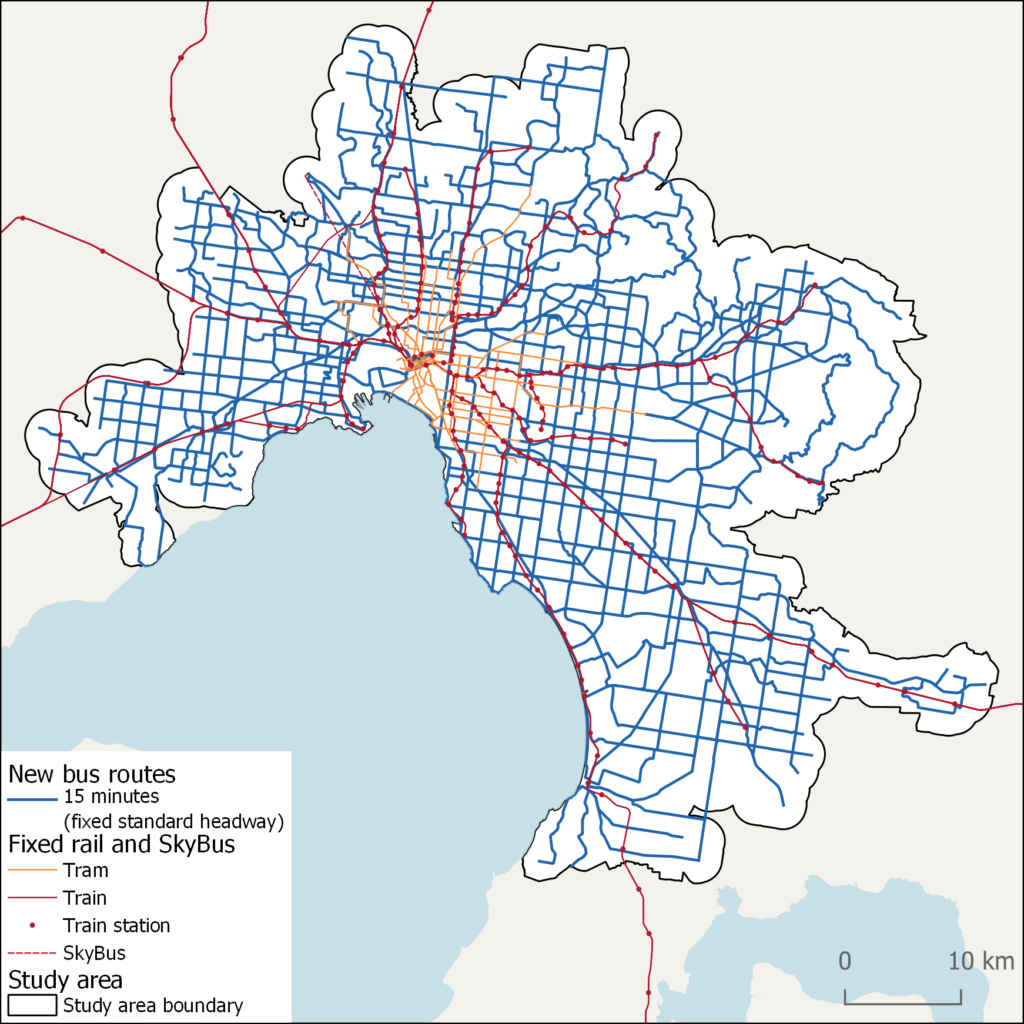 we would get this: 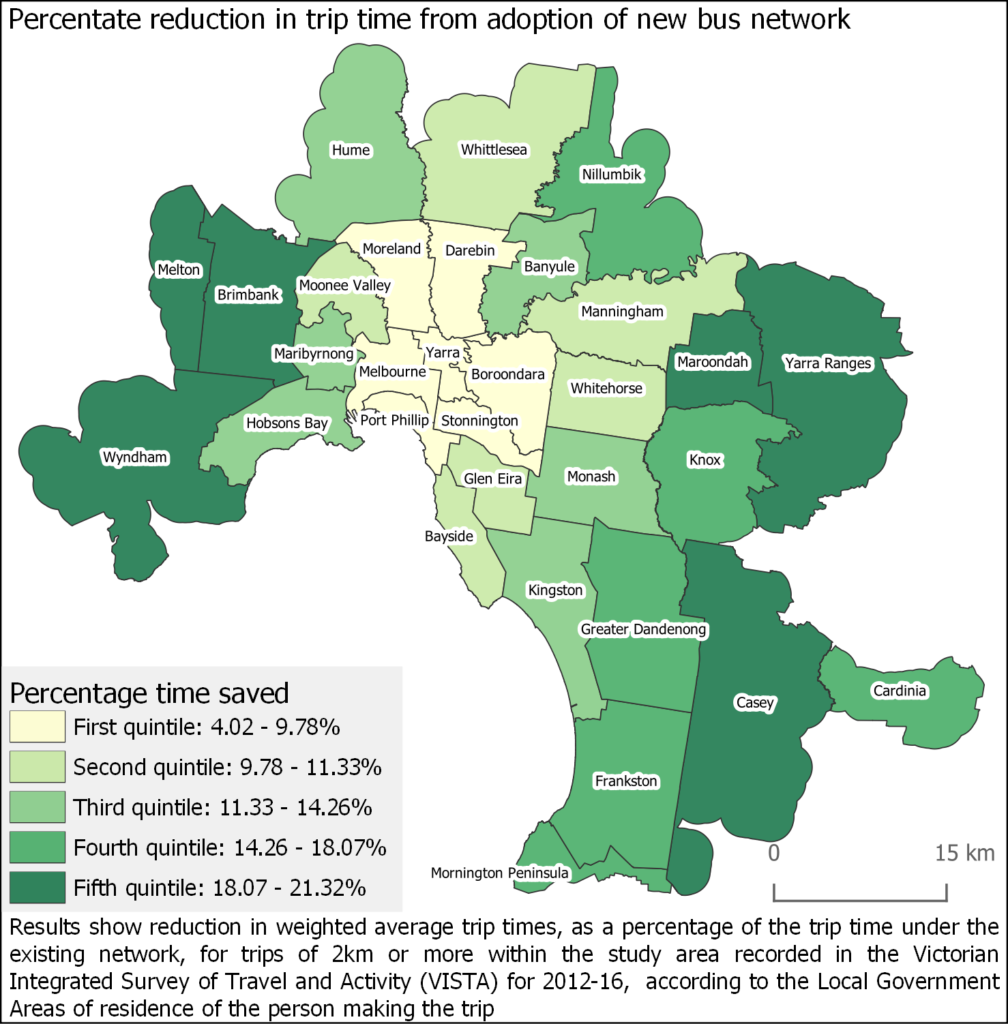 By reallocating existing bus resources in this way, we could achieve reductions in travel times in all parts of Melbourne, with the largest improvements in the outer suburbs. Sounds fair to me.